Daniel W. Crofts, a renowned historian of the American South and professor of history at TCNJ, will discuss current scholarship and popular understandings of Abraham Lincoln’s Emancipation Proclamation in a lecture at The College of New Jersey, February 6, 2013

at 7 pm in room 115 of the Education building. Crofts’ lecture will be preceded by a color guard ceremony performed by the Trenton-based 6th Infantry USCT (US Colored Troops) re-enactors. The event is free and open to the public. The TCNJ Black Student Union is co-sponsoring the event. 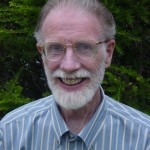 Crofts says that for more than 40 years, his scholarship has been dominated by two overarching concerns, “the persistence of racial inequality a hundred years after emancipation, and the paradox of using unlimited collective violence to pursue supposedly just ends.” He has explored these questions in four critically-acclaimed books on 19th-century American history, Reluctant Confederates, Old Southampton, Cobb’s Ordeal, and A Succession Crisis Enigma. A fifth book, Upstream Odyssey, explores his grandfather’s experiences as missionary in China between 1895 and 1944. Since 2011, Crofts has been a contributor to the New York Times’ Dis-Union blog, established to commemorate the 150th anniversary of the Civil War.

Lincoln’s Emancipation Proclamation declared freedom for slaves in the rebellious Confederate states and allowed African Americans to enlist in the war effort. The 6th Regiment Infantry US Colored Troops Re-enactors conducts educational programs recreating the deeds of the “authentic 6thRegiment United States Colored Infantry, an African-American battle-tested regiment with local historical ties to Trenton and the Delaware Valley.” The men of the 6th Regiment USCT were part of an estimated 209,000 African American troops who fought in the Civil War.